How To Choose Screen Protector 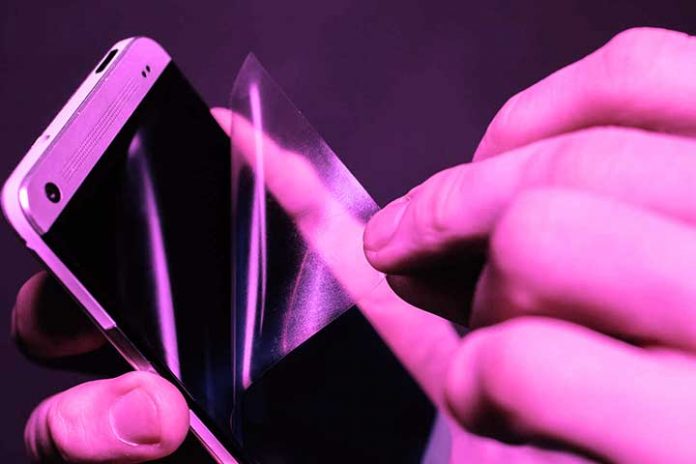 The display of modern smartphones and tablets is one of the most vulnerable parts of the device. And although the entire front panel is usually covered with durable shock-resistant tempered glass, this does not guarantee its protection from scratches, cracks and dirt that inevitably arise during use.

Therefore, a protective film or tempered glass on the phone together with a case is a great way to protect expensive equipment from mechanical damage and expensive repairs. The most important thing is to choose the right screen protector.

Browse the directory of the Arrivly mobile phone accessories store for a large selection of phone accessories. The lifespan and efficiency of your phone will increase significantly if you use them.

How to choose a protective glass for your phone?

Today, the market offers a huge number of screen protectors for mobile phones. Below is a list of recommendations on how to choose a protective glass or film for your phone and what nuances to consider when buying.

This is the first and key characteristic to consider. It is necessary to select a protective glass suitable in terms of parameters and inches, depending on the model of the device. There are also universal models, but, most often, they cover only part of the front panel.

This characteristic is responsible for the reliability of the protective coating. The thicker the model, the more strength the coating will have. But due to the large thickness of the coating, the smartphone visually becomes more massive, and the sensitivity of the touch screen may decrease. It is best to focus on reviews and choose a glass of moderate thickness.

Also Read: Learn To Use Digital Devices To Be Succeed

The Moss scale is used to measure the strength of protective glasses. It illustrates the surface’s ability to resist chips, scratches and cracks. The scale levels were created according to 10 natural minerals that were exposed to each other. The best option for protecting the surface of your phone or tablet screen is 9H glass. But under various kinds of influences, products with different strengths will behave differently.

In addition to protecting the screen surface, protective glass for phones and tablets also performs a number of other functions. Glasses can be matte, glossy, super transparent, oleophobic. Standard models of safety glasses are glossy. They do not perform any additional functions, except for protective ones, and are completely invisible on the smartphone screen. Frosted safety glass helps eliminate glare in direct sunlight. Oleophobic coated protective glasses help protect the screen surface from grease and other contaminants.

Initially, protective glasses for smartphones had a straight cut, which caused some discomfort during use. Over time, engineers have introduced new standards for perimeter edge processing. Glasses with a 2D edge have a regular smooth cut. Typically, such a coating is recessed into the body, so the entire thickness of the glass is not visible to the user. 2.5D models have beveled additionally hardened ends – such models are almost invisible on the surface when touching the edges of the device. 3D glasses are used for smartphones that have a rounded side edge.

Before buying a protective glass check the compatibility of the selected model with your smartphone. Further, depending on the operating conditions, look at the strength and thickness of the coating.

The best protective equipment for smartphones

Today, the best means for protecting the front surface of smartphones and tablets are protective glasses. They are a multi-layer material, the structure of which consists of at least 5 parts.

Silicone base – it is used for secure fit of the product to the smartphone screen and fixation. Thanks to this coating, the protective glass can be quickly installed on the surface and, if necessary, can be easily removed. To protect this layer, it is covered with a transport film.

A thin layer with optically transparent adhesive helps to protect the user in case of mechanical damage to the smartphone and the glass does not fall apart after being broken.

Strained glass is the main part of the protective coating. It is responsible for protecting the smartphone screen from various kinds of damage. Due to multi-stage physical and chemical processing, it has a large margin of safety.

Anti-reflective coating helps eliminate splitting and glare on the screen that can be caused by the refraction of light passing through the glass.

Oleophobic coating is a special layer that is applied to the surface of the coating and helps to eliminate grease, moisture and dirt during tactile contact.

The process of creating protective glass takes place under the influence of high temperatures, as well as processing with special chemical reagents. Due to this, weak ions on the surface of the material are replaced by stronger ones, which has a positive effect on the technical characteristics of the accessory.

It is impossible to give an unambiguous answer which protective agent for tablets and smartphones is better since each of them has its own advantages and disadvantages.

The advantages of a protective film include low cost, reliable protection against scratches and abrasions, and no glare on the surface. But in order to stick a protective film on a smartphone, you need to have a certain skill, since air bubbles and lint can get under the film. In addition, the film does not protect the device from shocks and deteriorates very quickly.

The best screen protectors for phones are very easy to install, practically invisible on the screen and help to protect it not only from minor scratches but also from bumps and drops.

The best safety glasses are those with the best price and quality ratio.

Also Read: Mobile Security: How To Equip Your Phone With Proper Protection