More
Home BUSINESS What Is Important When It Comes To Leadership?
BUSINESS

What Is Important When It Comes To Leadership? 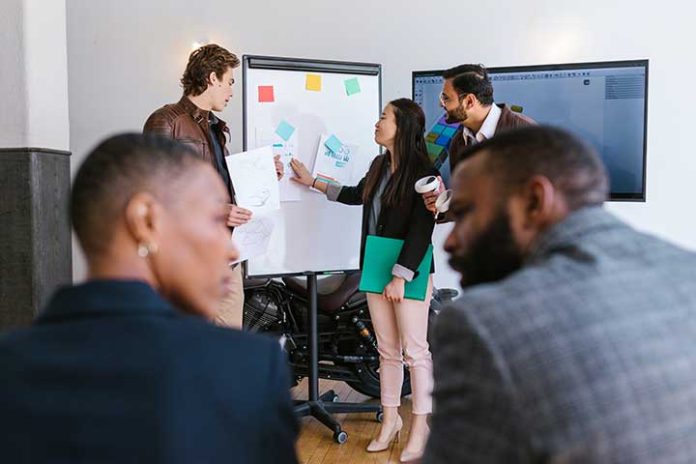 The challenges for the German economy are more diverse than they have been for a long time: Corona pandemic, Ukraine war, climate and energy crisis, globalization debate, digital transformation, structural change in the world of work, shortage of skilled workers. On the other hand, new work models such as new leadership, home office, remote work, flexible working hours, job sharing or agile processes offer new opportunities for organizations to position themselves as attractive employers – and thus remain fit for the future.

It is unclear to what extent various management styles and company characteristics have changed in times of New Work. To find out more about this, we set up a cross-industry survey together with ANXO Management Consulting. This was launched on June 27, 2022. Data was collected up to and including July 27, 2022. In the end, our questions about what had changed in their companies, consultancies and agencies were answered by 138 executives and employees from marketing and sales.

People from companies with 10 to 50 or 1001 to 10,000 employees were most strongly represented. 77 percent of those surveyed said they held a managerial position, with men being over-represented at 53 percent versus women (9 percent). Almost two thirds come from the advertising sector (65 percent), the remaining 35 percent belong to the service sector. There was great agreement among the participants that management style has a lasting influence on employee satisfaction. In addition to 77 percent who totally agreed, 20 percent tended to agree.

Influence of leadership on employee satisfaction

There was great agreement among the participants that management style has a lasting influence on employee satisfaction. In addition to 77 percent who totally agreed, 20 percent tended to agree.

However, the question of satisfaction can no longer be answered in the same way as it used to be. The changing world of work also requires new skills from managers. 69 percent of those surveyed agree that leadership differs in an analogue and digital world. An example: more freedom for employees. Executives must address these and other aspects. 64 percent of those surveyed believe that this trend has been intensified by the corona pandemic.

So what needs to happen specifically, what is more important? Managers must be able to delegate responsibility (82 percent) and – even more importantly – trust their employees (92 percent). In the case of the latter, the proportion of those who completely agree is 57 percent. Giving employees more freedom to develop their own skills will sometimes be crucial for companies in the future.

Before we go into more detail about the results with a view to the leadership styles, one more note first: We assume that managers use all four leadership styles with different intensity and weighting, have at least one preferred leadership style and none is better or worse per se is than another.

Definition according to Armin Trost, Professor for Human Resource Management at Furtwangen University

In a further detailed analysis, significant differences between executives with a “boss” style, i.e. a directive leadership style, and those with a more cooperative style were found in some of the answers. Two examples: The majority of executives with “boss” style perceive working from any location as a burden (54 percent). In comparison: 22 percent of executives who tend to cooperate. Likewise, these agile organizational structures feel that they are becoming increasingly important (91 percent), while the majority of “bosses” fear a loss of power and control as a result (59 percent).

Also Read: The Rise Of E-learning, Learning From Anywhere