More
Home BUSINESS The Development Of Work And Training 4.0
BUSINESS

The Development Of Work And Training 4.0 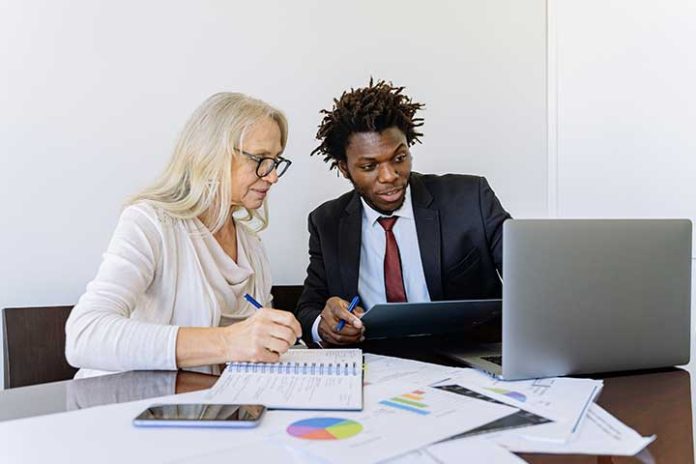 The world of work is constantly changing. From Work 1.0 to Work 2.0 and 3.0 to Work 4.0, the way we work has always evolved. We are currently entering the New Work phase. In this article you will find out what all these terms mean and how further training 4.0 is related to them.

For as long as anyone can remember, people have been pursuing various tasks. What was originally gathering items and hunting for food changed with the introduction of the first currencies. People were now able to provide for themselves and did not have to live from hand to mouth. With the industrialization and the development of the first steam engine, the time of work 1.0 begins, which lays the foundation for today’s modern working world.

The invention of the steam engine fundamentally changed the way we work like no other invention at that time. From the hard work in the fields, people suddenly moved to new factories where, thanks to the steam engine, heavy objects could be moved and the first assembly lines put into operation. This phase of the work resulted in rural people coming together in urban areas. Urbanization, as we speak of it today, had its origins in the Work 1.0 phase.

About a century later, the invention of the automobile brought about the next stage in the evolution of the working world. The possibility of no longer just operating machines with steam made the work a bit more modern again. Automobiles were the first to use electricity in an industrial sense, with clear advantages over large and noisy steam engines. The Work 2.0 phase lasted until the late 20th century.

With the invention of the computer and its nationwide introduction as the number 1 work tool, the Work 3.0 phase begins. The classic job as a factory worker is becoming less and less popular, and people are increasingly striving for the newly created office jobs. Work 3.0 lays the foundation for modern digitization. Globalization is also progressing, the whole world is moving closer together as a result of an ever more networked working world.

Digitization and networking reach their peak in the Work 4.0 phase. The exchange of data becomes the most important product, Google and Co dominate the job market. The work that we humans do is becoming more and more abstract and individual work areas are merging. The next phase will probably be called Work 5.0, a not yet fully developed generation of New Work is already present.

The progression from work 1.0 to work 4.0 shows us a clear development in the world of work. The work done is moving further and further away from physically hard work to mentally complex tasks in front of the computer. The alienation from ourselves ensures that people want to work more consciously again. The term New Work means focusing on the individual. The labor market has to adapt to such an extent that the focus is no longer on the work done, but on the individual doing it.

New work concepts such as home office, flextime and a pronounced work-life balance are in the foreground. Generation Z, which is pushing into the job market, places more value on individual work and concepts such as the 4-day week or a general move away from the 40-hour week. Companies should place more trust in their employees, the new work generation is applying less often. Rather, they see it as the task of employers to try to attract new employees and to offer them real benefits.

What does continuing education 4.0 have to do with it?

In the last 200 years, since the invention of the steam engine, the world of work has been constantly changing. Old professions are being replaced by new ones, so employees must also ensure that they learn a future-proof job that will not become obsolete in the next phase. Anyone who finds themselves in such a job has the opportunity to adapt to a changing work environment through further training. During the individual work phases, there was parallel further training 1.0, 2.0, 3.0 and 4.0.

Training 4.0 is what we mean by preparing employees for future changes in the world of work. Nowadays, the main thing is to learn a job that cannot be replaced by machines or artificial intelligence in the foreseeable future. It is also part of the New Work movement that employees attach importance to employers providing easy access to further training opportunities.

In Work 5.0, machines and artificial intelligence will shape the world of work. Many see this as a major threat and in the long run more unemployed. Initial experiments in Great Britain and the Scandinavian countries show that this does not necessarily have to be the case. Instead of competing for jobs with machines and artificial intelligence, these countries are following the demands and desires of the New Work movement.

The four-day week is being successfully tested in Great Britain with full wage compensation and is now being expanded. Scandinavian countries are also increasingly relying on free time and flexible working models. The background is this: While many fear losing their jobs to modern machines, countries could use this fact to their advantage. Machines and AI can do many tasks faster, more reliable and cheaper to implement.

So while there will still be tasks that only humans can do, savings made by companies and the state through the use of modern machines could be used to enable people to work less. Free time and flexibility are just two plus points that would gain in importance as a result. In this sense, there could be a move away from the “live to work” approach and towards the quality of life of each individual. which would gain weight as a result.

Further training is an important topic that is not addressed at all in far too many professions. In order to progress as a society, it is of great importance that both employers and employees are productive here and pull together. While many employees could still be retrained in the transition from Work 1.0 to Work 2.0 because the factory work remained largely the same, the jump from Work 2.0 to Work 3.0 was more difficult.

Since the computer was new to more or less everyone, those who quickly adapted and learned how to deal with the newfangled work could excel here. A similar exchange is currently taking place. If you don’t prepare yourself for Work 5.0 now, in which artificial intelligence and machines will take over a significant part of our work, has a bad hand. The option that the socio-political digression envisages does not have to happen everywhere.