Mail Managers- Which One Meets Your Needs? 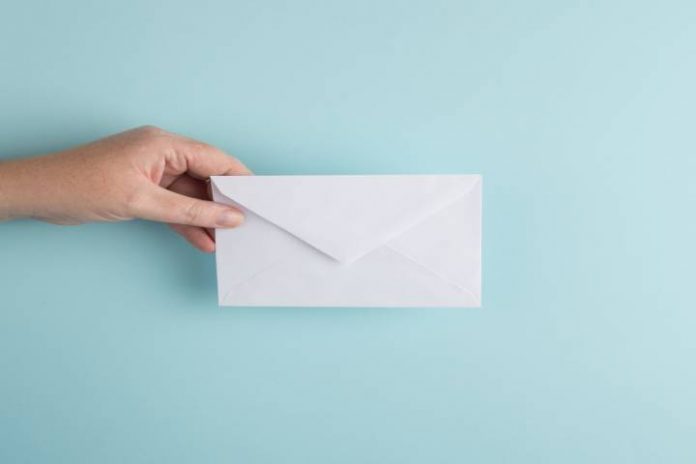 Mail managers. Which to choose? Email is already part of our daily life. Management programs have evolved over time, adapting to new technologies and improving their usability, but… Which of them meets your needs?

Currently, the main objective is the integration of email in the different software of the devices. The purpose is that we do not have to purposely download an application to manage mail, if not something that comes “from the factory” and that we can configure. And for example, we have the Mail application in Windows 10. It exudes an air of simplicity but being integrated you can connect it with different APPs, programs, and notifications within the operating system itself. Even so, the needs of the user today go further. There are many who need to manage several mail accounts of different platforms (Gmail, Yahoo, Hotmail) and this requires other types of software, such as mail managers.

In this article, we show you which are the 4 most used email managers today: Outlook 2016 (the new version of Windows), Thunderbird (the best-known alternative), Mailbird, and EM Client.

Microsoft Office has become Office 365 in recent years. Your subscription gives us access to desktop versions, including the latest, brightest version of Outlook.
The new Outlook is a wonder to behold. Perhaps the most useful feature is “Ask Me”, a modern equivalent of the famous Clippy wizard (how can we forget it). With it, we can execute any action within the mail. We can write “free space in the mailbox” instead of going through the drop-outs on the menu. It even recognizes more complex phrases like “reduce mail file size.”
We also have “Cutter Box”, an assistant that will transfer all incoming mass emails to a different folder so that our inbox is clean and shiny. In this way, we can easily view our personal emails. This will save us from having to search through all the advertising.

These days, most people do it the other way around. Move important emails to a created folder or favorites and leave all advertising in the inbox. The problem with this extension is that you have to be on the lookout, lest an important email move you and you don’t realize it.
Overall, Outlook looks very good, with smooth and simple menus. The fonts are clear and easy to read. In addition, the errors in the configuration of the servers that caused the loss of emails have disappeared in this version. They have also included fantastic integration with other parts of Microsoft Office. Recently added features include one-click archiving and using the @ symbol to search for a contact.

Some inconvenience? Outlook 2016 is expensive. It is available as part of Office now, yet recruiting must be done periodically every year. Of course, they give you the entire suite, 1 TB of OneDrive, one hour a month of Skype calls, and a constant update package. If we take into account all these extras the cost is amortized a little more.

It has really matured and they have developed very useful functionalities but we are disappointed with its price. Although it is one of the mail managers that transmits more fluidity and usability.

Thunderbird, one of the most popular email managers, hasn’t had an easy ride in recent years. At the end of 2015, its unlinking from the Firefox browser was announced. The decision was made because they considered that the developers were investing too much time in the mail manager, which already caused many problems. The sole purpose was for developers to spend more time improving the browser experience and usability.
Since then, it has had ups and downs of all kinds, but even so, the years and lack of development take their toll on one of the oldest mail managers. It seems as if it was still based on the 2008 Firefox, especially in relation to aesthetics.

However, last April they updated to Thunderbird 45.2 with minor stability improvements. Even so, there are problems when importing contacts and emails from Outlook, so do not have it as a valid option if you are thinking of using it.
We are constantly being sold that it is ‘packed with features, but upon closer inspection, we see that they are vestiges of Internet history: RSS Feeds, outdated newsgroups, chat rooms that no longer work …
Many of these useless parts can be solved with the plugin library.
Given the age of Thunderbird and its commitment to the community, you usually have to make a living yourself to download all these extensions and adapt them to your usage needs. Remember that as with browsers, an unreliable or beta extension can affect its performance.

It’s not entirely clear what the future holds for Thunderbird. For the moment and to put it in some way, Mozilla is looking for a new home for him and in the meantime, she lets him sleep on his couch. In the meantime, let’s not expect big changes in him. However, they are developing (very quietly and slowly) Mozilla Earlybird, which is still in beta. Although we do not consider it as something new since it has almost the same functionalities and styles as Thunderbird.
A lot of people who still have a lot of love for Thunderbird, recognize the need to have among the mail managers, one that is open-source; and we totally agree. Unfortunately, today it is not intended to be approached as a product for the modern user.

Looking old and tired, Thunderbird has had better days. Hopefully, someone will take care of it soon, since it is one of the mail managers that, with certain improvements in use and style, can get many new users.

Mailbird is one of the most visual options on the market. It should be noted that in its 1.x versions, there were certain problems regarding the security of your personal data. Since if you agreed to collaborate to send reports to improve their service, your data was transferred to a Mailbird server in a text file planted in unprotected connections. Furthermore, these servers were used by dozens of websites.
When they updated to version 2, this problem was fixed and allowed you to choose whether to share your information to generate statistics and report incidents.

Mailbird has a modern, attractive, and colorful interface. It’s rare to see such an accomplished design in a Windows application. Although this feature makes some computers (even the most powerful) go a bit slow. So many stylesheets were never good.
Email accounts are easy to add and configure, and the interface is so visual that even programming seems like child’s play. In addition, the usability is very good, making it possible to switch between email or message accounts very quickly and easily.

But where Mailbird becomes transcendent is in its integration with third-party services. In some cases, these are simply tabs for shortcuts to web applications. Among the email managers, it is the one that supports the most types of plugins, and some are well known such as Twitter, WhatsApp, Facebook, or Calendar. So you will have everything at your fingertips. Most are implemented and a shortcut is created within Mailbird itself. The only problem is that they do not distinguish between official plugins or those that are in beta version or created by unknown developers. So please look carefully before installing it to keep you in health.

Finally, we want to highlight one of the newest features. You can choose what your working hours are so that email reception is only active during those hours and avoid being disturbed in your free time.

A great all-rounder at a bargain price. You can also try the Lite version for free before buying it to see if it meets your needs and is comfortable for you.

eM Client has been around for quite a few years and was the first to exploit the gap in the Outlook alternative market. It is the most similar in terms of the set of features, with the added advantage of having a chat.

eM Client integrates email, calendars, tasks, and instant messaging in a single, modern desktop. Easily sync with Gmail, MS Exchange, Outlook, Hotmail, Yahoo, and iCloud. The configured email accounts can be viewed together, either as a combined inbox or as fully separate inboxes. Unfortunately, like Thunderbird and most chat platforms, it does not have an API Key.

eM Client is an all-in-one application with which you will have easy access to your calendar, email, tasks, and contacts. All this in an incredibly clean and customizable interface that continues to adapt to meet the needs of its users. The latest versions include touchscreen support.
Setup is incredibly easy compared to the first version of eMClient from 10 years ago. They have been evolving and improving their software, which makes us understand that investments are made periodically to improve both appearance and usability.

Something that we do like about eMclient is that it is totally free, although with limitations. In the Lite version, you can only configure two email accounts. But for a small price of € 30, you can buy a license and configure as many accounts as you want. What is not achieved, unfortunately, is the integration of plugins. Making it difficult for us to be totally useful.

The Outlook clone shows us lovely touches that keep it fresh. Although they have to improve their integration with the applications. At least we see that there is a development team behind it periodically taking care of improvements, unlike Thunderbird.

It is not difficult to see why Mailbird is our winner in this test. Of the four email managers, it is the one that has evolved the most and in the best way. Mailbird is the clearest example of adaptation and integrity improvements with the new APPs. In addition to having a very clean and colorful visual style.

On the other hand, we do not understand why Mozilla has kept Thunderbird in its trunk of memories. Given the current numbers of active users (which are enough for the forgotten that they have it), they should worry about improving it to consolidate current users and win new ones.

The choice and management of passwords has been a recurring and controversial issue for many years. While the simple users of networks and online...
Read more
TECHNOLOGY

An app, commonly known as the short form for application, is a type of program or computer software package that is equipped with features...
Read more
APPS

During the confinements experienced as a result of the pandemic, social networks have experienced a sudden growth in their consumption. But if you have...
Read more

SEO On Instagram: How To Take Advantage Of It?

Copyright © 2022 All rights reserved by TechTodayReviews