How Augmented Artificial Intelligence Will Change The Industry 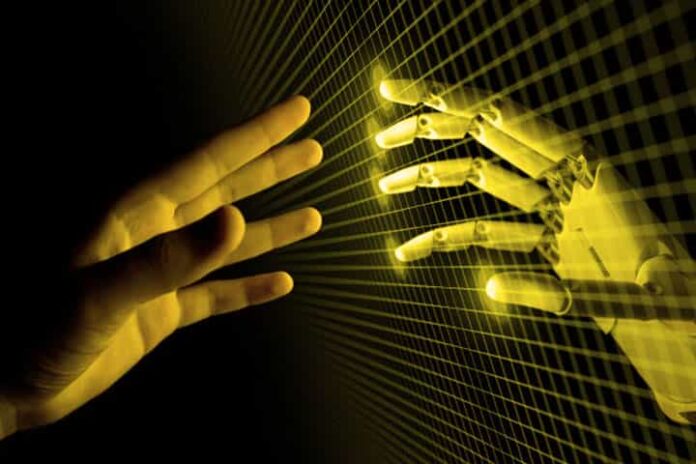 In the first sense of the term, artificial intelligence allows computer systems to perform “human” tasks. This definition covers several types of technologies. These technologies require a programmer to describe each of the tasks to be performed. Conversely, “machine learning” techniques allow the computer to “learn on its own”. A typical example is that of artificial neural networks, to which we provide, for example, masses of

The potential of artificial intelligence is naturally large on personal data: it is a question of predicting or simulating human behavior such as an act of purchase, or an individual’s interest in a book. These methods are all the more useful there as there are few exact methods to model human behavior. The situation is different in industrial fields, in nature where one seeks above all to predict, anticipate or optimize machine behavior. However, there are often physical rules to describe at least partially how a material or a machine will behave.

Wherever physical models apply, physics will beat artificial intelligence – anyone who waits for a neural network to rediscover the laws of thermodynamics on their own will be able to wait a long time before obtaining results as good as those of a good engineer will know how to draw from these laws. Even when these laws are badly applied, wherever the experience of the operation of a machine will allow better parameterization and orientation of artificial intelligence, this “augmented intelligence” will beat purely digital approaches that do not use any prior knowledge. This is a case which arises for example when the physical knowledge of the machine becomes approximate, for example, due to the aging of a machine, or when

Artificial intelligence will nevertheless be particularly useful when it is necessary to equip a machine with one of the five senses: seeing (for example, branches on railroad tracks), feeling (abnormal vibrations indicating a ball bearing problem in the gas turbine) or read (medical or maintenance operator reports).

Also Read: Cybersecurity Threats: Where Do They Come From And What Are The Challenges We Face?

Artificial intelligence has seen its industrial applications develop over the past few years. In healthcare, it frees doctors and medical staff from boring tasks to allow them to devote more time to patients. Radiologists have already used “CAD” (diagnostic aid systems) for years to help detect or characterize lesions. These systems will continue to evolve to be more and more intelligent. Thus, a study conducted at Stanford made it possible to obtain a recognition rate of melanomas higher than that of medical specialists.

Another study, conducted with the support of the French Society of Radiology, shows that radiologists view these developments with optimism. They are convinced that these technologies will enable them to treat a larger number of patients, without necessarily replacing the core of their profession: analyzing a patient case as a whole, and defining the care adapted to the diagnosis. Radiologists will also be able to spend more time on complex cases. Artificial intelligence will also allow additional improvements, such as minimizing the dose of radiation used to obtain a given diagnosis.

In oil exploration, artificial intelligence is used in particular to detect the risks of leaks. GE generates around 1,000 square kilometers of images taken inside pipelines each year using robots with cameras. Analyzing these images without resorting to artificial intelligence would be like going under the magnifying glass ten times the surface of Paris, to find a crack the size of a blade of grass – a task impossible to achieve manually. To achieve this, GE uses artificial intelligence: it is software that scans all of these images, in order to signal potential anomalies to human operators who only have to confirm or deny these alerts. This activity employs 350 experts, while

According to the International Energy Agency, all of these technologies will be able to reduce costs by 10 to 20% in total. Although the industry has a long history of investing in data analytics (for example, a company like Total has one of the ten largest supercomputers in the world), it still only exploits a fraction of the data it does. collection. However, the potential for improvement is far from negligible: with traditional techniques, 60 to 80% of the oil in a well remains underground, while this number can be reduced to 30%, in particular by resorting to more modeling. tank thrust.

Artificial intelligence will also help develop low-carbon energy sources. Indeed, the development of the performance of wind turbines or solar panels has made it possible to bring the average cost of renewable energies below that of carbon energies. The issue is now less the fall in the average cost of green energy (which is competitive “on average”) than the reduction of the cost of its uncertainty: unlike more flexible energy sources (gas or coal power plants for example ), intermittent renewable energy sources induce an additional cost due to the fact that they do not necessarily provide energy when consumers need it. By better anticipating needs or production peaks and improving the supply-demand adjustment,

Air transport is one of the sectors that has invested the most to avoid unplanned machine shutdowns. Dozens of sensors constantly send back data making it possible to anticipate the risks of an aircraft engine stopping and reducing time on the ground. This data is analyzed by intelligent systems to generate alerts. Here again, the role of the experts is only to deny or confirm these alerts. Far from replacing operators, these systems make it possible to limit fatigue linked to false alarms, avoid missing real alerts and free up time for more complex cases or to improve maintenance strategies.

In total, artificial intelligence applications include two types of use cases:

Also Read: Can Algorithms Transform The Way You Manage Your Employees?

An app, commonly known as the short form for application, is a type of program or computer software package that is equipped with features...
Read more
APPS

Algorithms are “the way of thinking” of social networks. Today social networks are one of the best channels for business and Spain has more...
Read more
BUSINESS

It is a fact that companies must be flexible enough to adapt or even anticipate new trends if they want to ensure their survival...
Read more

SEO On Instagram: How To Take Advantage Of It?

Copyright © 2022 All rights reserved by TechTodayReviews