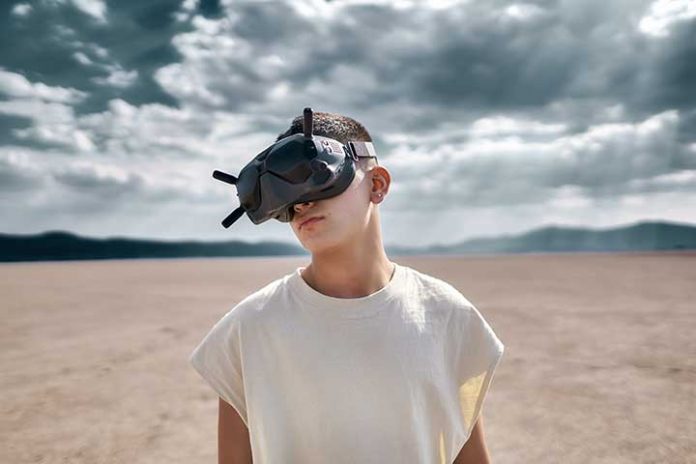 Virtual Reality is the dream of technology lovers and video players and has been for many years. There are now helpful solutions in this direction, yet the breakthrough has not yet been achieved, although the potential for all possible applications is enormous. But why is that?

There is no lack of technology

Oculus Rift, HTC Vive, PlayStation VR, Samsung Gear VR, and many more. It really cannot be said that there is no selection on the market for virtual reality glasses. These all work very similarly: You put on your glasses and then look with both eyes at a screen, the contents of which are displayed slightly offset so that it seems as if you are actually in a virtual world. The glasses act as a controller – if the head is moved, the player’s field of vision also moves. This creates the effect of being in person in the fantasy world.

The technology for this is now quite mature. It does require a relatively large amount of computing power, but it is now available. The screens in the glasses must have a high resolution and support fast frame rates. Otherwise, there is a risk of “motion sickness” – you get seasick because the brain is confused when you move your head, and the image only translates this movement with a time delay.

As already mentioned, VR glasses are not necessarily new. Oculus VR, the manufacturer of the Oculus Rift, which is now part of Facebook, launched its first “developer kit” a good five years ago. Since then, however, all providers have suffered because there were no severe applications apart from demonstrations. The demos were impressive and pleasant to watch but rarely a reason for gamers to buy the expensive hardware. Especially since complete games were a long time coming.

But that is precisely what is changing now. Well-known games like The Elder Scrolls V: Skyrim or Fallout 4 are currently updated to work with different VR glasses. Then you can dive even deeper into the wasteland around Boston or Tamriel than would be possible on a television. However, these are among the first huge and established ones to receive a VR update. The lack of programs or games and the high purchase price made the whole thing less interesting for gamers. Thanks to comparatively affordable solutions such as the PlayStation VR and the commitment of the first game developers, this spell is now likely to be broken gradually – gradually, as I said.

The technology and the idea behind it are full of potential. There is little doubt about that. But the gaming industry is also in a bit of a crisis. In the last few years, the technical innovations have relied less and less on absolute novelties but mainly on “more of the same.” Nintendo started with motion control with the Wii, Microsoft with Kinect, and Sony with PlayStation Move have tried to follow suit. The latter two are likely to remember the motion control as a failure, and even at Nintendo, the “fine articulation” has not paid off in the long term. Accordingly, people are desperately looking for the next big thing, which could become virtual Reality – if the train hasn’t already left for it.

The potential has already been recognized in other industries. VR can be used, for example, to bring history to life. Or to make stays in the amusement park (e.g., roller coaster) even more exciting. VR is even being used in the casino area to give players completely new insights.

These are the essential VR glasses

The Oculus Rift is still the top dog in virtual Reality. For almost two years now, there has also been a version that is intended for end customers. The disadvantage of it, however, is its high price.

The HTC Vive has a similar problem. It is likely to be the strongest competitor of the Oculus Rift, and with a price of around 700 euros, it is not exactly cheap either. After all, HTC is trying hard to get new partners on board to promote the spread. Probably the most crucial partnership exists between HTC and Valve – SteamVR supports the Vive as VR glasses for games that have been adapted for the new technology,

The currently cheapest solution for virtual Reality is PlayStation VR from Sony. The headset alone costs around 300 euros, but a PlayStation 4 is required, available for about 250 euros. Together that’s around 550 euros. Due to the somewhat limited hardware of the PlayStation, the graphics are not quite as impressive as possible on a PC. Still, the set fulfills its purpose for the feeling of playing and is also cheaper overall than the two competitors.

Microsoft also wants to get involved in the VR market with HoloLens. But it is not yet available for the mass market. Only a developer edition is offered at the proud price of 3,299 euros in the Microsoft Store. It is by far the most attractive solution for this. And it also supports Augmented Reality, i.e., you can immerse yourself in virtual worlds and expand the existing ones with game content.

There are also some low-cost solutions, some of which are cheap and are therefore not taken seriously by many. In fact, with a sufficiently fast smartphone, a piece of cardboard, and adapted apps, you can get an impression of how VR can work. We’re talking about Google Cardboard. The smartphone is placed there, and off you go. Because what many do not know: Modern smartphones have all the sensors they need (acceleration sensor and gyroscope) and now also the necessary computing power and screen resolution. So you have to hide the outside world, which the cardboard is good for.

Samsung Gear VR is something similar. Here the material is a bit higher quality, and a lanyard is also included, but the idea is that the smartphone takes care of everything else. Suitable (and fast enough) for this are the Galaxy Note 5, Galaxy S6, S6 Edge, S7, S7 Edge, S8, S8 +, and Galaxy Note 8. With a price of around 100 euros (plus a smartphone, which ideally is already available anyway, it is an affordable solution.