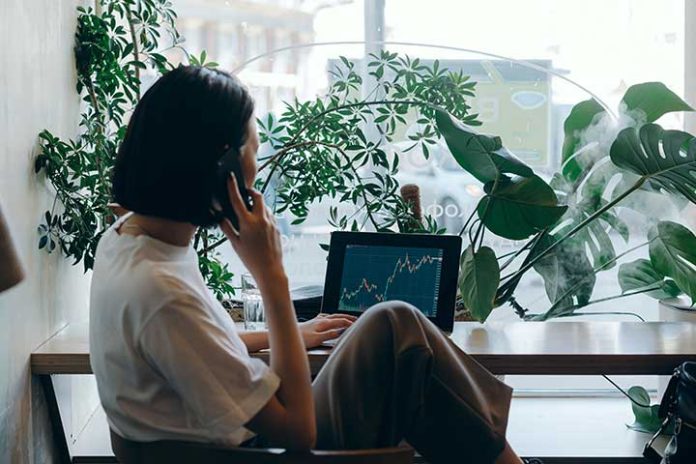 In times of demographic change and increasingly tight pension funds, personal old-age provision and asset accumulation are becoming increasingly important. What was once intended as a supplementary measure is increasingly becoming a central support when it comes to financial security. Even junior offers are already available on the market for investors, within the framework of which a portfolio for the offspring can be set up on largely tax-free terms, which is held in trust by the parents until they come of age.

So it couldn’t be clearer: old-age provision is increasingly becoming a private matter and goes hand in hand with wealth accumulation. But investing independently in the form of stocks, bonds, ETFs and the like can be quite daunting for laypeople. But don’t worry: Nobody has to study economics to find their way around here. And besides, there is increasingly no alternative to relying on private provision anyway.

Investing is not speculating

It is true that almost all providers and advisors for wealth-building services repeatedly have the disclaimer that price fluctuations can lead to losses and even to a »total loss«. But this is extremely unlikely, especially with long-term forms of investment. Because with these, proven principles such as sufficient diversification of the portfolio and the weighting of long-term reliable asset classes (especially ETFs) come first. And they have proven to be extremely crisis-proof over the decades.

Mismanagement and aging are jeopardizing pensions

Traditionally, there has never been a lack of soothing promises from politicians that pensions are “safe”. But such reassurances should be treated with caution. And are now becoming more and more timid. On the one hand, pensioners (and those who will soon be) are a large group of voters in Germany, precisely because of demographic change. You don’t want to frighten them. But these aren’t the ones you have to worry about the most. Instead, it’s the pensioners of the “day after tomorrow,” who are now still in middle age, who have to watch for themselves. Despite all political declarations of intent, two things are certain:

The level of pensions has fallen continuously in recent decades. This is primarily due to the increasing aging of society as well as the traditional fragmentation of pension funds (divided into pensioners and pensioners). The latter makes the system as a whole more vulnerable to the underlying demographic inequalities – and more bureaucratically expensive. This point is also particularly perfidious because politicians and civil servants can misuse the pension system through mismanagement or politically expedient “redistribution” without affecting their pensions.

It is not to be expected that demographic change will abate in its clear trend towards a further aging of society in the foreseeable future. But on the contrary! Because now the battered pension system is facing a generation of baby boomers, all of whom will retire in the next few years or are already doing so.

So the signs continue to point to a storm. And that is already evident today. Pension contributions are tending to be higher and the state is already subsidizing the pension fund with around 70 billion euros a year. A real chunk in the federal budget! Despite this, it is often complained that this money is not enough, which also explains the enthusiastic tweaking of the »retirement age« by politicians.

Personal responsibility – Not a virtue but a bitter necessity

Anyone who, as an employee who is subject to social security contributions , does not want to be at the mercy of these developments and the inevitable dynamics on which they are based, must operate their own old-age provision. Reliable long-term asset classes and savings plans based on them, such as those offered by a number of providers from the banking and financial sector, are recommended here. The following principles should be observed:

Spreading risks through good diversification of investments is the cardinal virtue for long-term investments. This is why the leading indices are so robust over the long term. Because as national or industry-specific (depending on the type) ETFs, they are differentiated from the start, since only the fastest-growing companies in a country or industry are taken into account. Not only does this represent de facto diversification. It also rides the underlying market trends as long as they’re on the up. In this respect, it is no coincidence that ETFs perform better in the long term than almost all independent equity funds. ETFs should therefore be the core of any long-term investment strategy.

Beware of bonds! At least for now

The zero interest rate policy makes bonds, which are otherwise considered a more robust asset class, a relative minefield. Because in times of “cheap” money, the incentives for states and ailing companies to issue bonds are much higher. Which leads to a relative overvaluation of this asset class.

The price of gold is currently not far from its record high. And moreover, gold has been recognized as an investment for thousands of years. Not the worst record. Even if you should see it more as security and not so much as a growth lever.

It pays to start early! Especially with such long-term effective asset classes or economic indicators, such as ETFs, the time factor (in addition to the amounts paid in) is the real lever. And as it becomes increasingly clear that pension payouts for future generations of retirees will be tighter and tighter, every year is worth money! Especially since the monthly contribution burden can also be reduced analogously via the time factor and a targeted savings goal can still be achieved.

Also Read: Top Companies In 2021: These Employers Invest In Their Employees

In the world of work there are different functions and careers, since there is a great diversity of options. This is how different types...
Read more