More
Home APPS What Services Are From Google, History Of Google
APPSTECHNOLOGY

What Services Are From Google, History Of Google 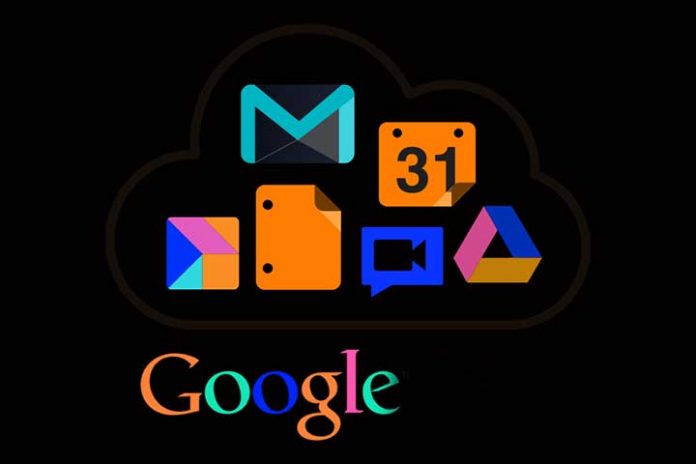 What Are Google Services?

Google started as the brainchild of two amateur programmers, Larry Paige and Sergey Brin, who intended to create an efficient search engine for the Internet. This ended up being something more than a search engine since many services and accessory utilities were created with time.

When we ask anyone what Google is, they will surely tell us that it is simply a tool to search for content on the Internet. Still, the truth is that today the Californian company groups services for all tastes and activities that occur to us.

With Google, we can manage our email account, view thousands of videos uploaded by other users, store our documents in the cloud, know our location by geo-satellites, manage our online advertising, etc.

What differentiates Google from many of its competitors is that its offer is completely free in addition to being incredibly varied. This makes it a company capable of overshadowing the computer giant, Microsoft.

In just a few years, this company has positioned itself as one of the benchmark service providers, if not the most important. All thanks to its incredible variety of applications, services, and platforms, both internal and external, which we will analyze below.

Google Chrome is a closed source or proprietary software web browser developed by Google, albeit derived from open source projects. It is the browser that Google offers its users completely free of charge.

Chrome is currently available on virtually all operating systems, both for desktop and mobile devices. Its fluidity, simplicity, and optimization for all Google services make it currently the most used operating system in the world.

The primary goals in designing the browser were to improve the security, speed, and stability that existing browsers offered. Important changes were also made to the user interface. Chrome was assembled from 26 different code libraries from Google and others from third parties such as Netscape.

Google Chrome stands out for its great speed. Likewise, it offers an incognito browsing mode so that our activity on the network is not detected and is not reflected in the history.

It is one of the browsers with the most variety of options, the largest number of interactive applications, and a higher quality operating system performance. Undoubtedly one of the jewels in the crown of Google, which allows it to continue reigning in the world of technology and information.

Google+: The network that connects everything

In June 2011, Google launched its social network under the name Google+. The purpose of this network was to unify all the services offered by the company, associating them with our identity as users.

First of all, any Google user who wants to use services as diverse as Maps, YouTube, Hangouts or Drive, must first create an account. Luckily, this option is completely free, and in no case will it entail any cost.

Creating an account on Google+ is very simple. We will have to enter our personal information, an email created to be associated with the account, and a password. Of course, Google is responsible for protecting our information and keeping it confidential.

In addition to unifying these services, Google+ is a social network such as Twitter, Facebook, or Instagram. It offers direct and intuitive communication between all platform users and allows us to create our circles of friends.

With Google+, we can share our thoughts and concerns with our closest friends and acquaintances, as well as post images of our moments. In the same way, we can interact with other social services such as YouTube, always with the same identity.

In February 2005, YouTube was born, a platform created by two friends from the university to upload their videos so that their classmates could see them. This idea germinated and grew rapidly on the Internet and became the giant and undisputed king of online videos.

Just a year later, Google had the brilliant idea to buy YouTube for $ 1.3 billion. This purchase was a huge overestimation of the real value of the company at that time, in addition to an estimate of the potential profits that would be obtained by buying this platform.

The reality is that, years later, YouTube is the reference for anyone who wants to share their videos on the net. It currently has more than 1 billion users, and thousands of hours of audiovisual content are uploaded to the network daily.

Gmail, a great option to manage our mail

Gmail is a mail service with POP3 and IMAP capabilities developed by the Google company. It began to be a reality in mid-2004, and it has already surpassed Outlook as the most used email service in the world.

Its simple and intuitive interface, technological innovations, enormous capacity to store and archive emails, and complete optimization and adaptation to the rest of Google services stand out.

Currently, a storage capacity of 15 GB is offered. Storage capacity increased due to the launch of Google Drive, although the space available for use with Drive, Google+, and Gmail was later unified.

This service stood out, among other things, for using a simple and advanced text message search system, such as changing the language, setting a holiday notice, similar to that of the Google web search engine, which was the origin of its slogan «Search, do not order.» In addition, it provides a message tagging mechanism, which expands the capabilities of traditional folders.

With Android, we can enjoy all the customization options that only a Linux-based system can offer us. The operating system masterfully adapts to the device in which it is being used, so the Android of one terminal will not be the same as that of another brand.

Android has had as its main competitors over the years iOS and Windows Phone. However, it has won this competition in a very simple way by being the system with the largest number of users thanks to the enormous number of applications that we can enjoy.

Google Drive is an online file storage service offered by Google since 2012. It allows users registered in Google+ to be able to exchange files from anywhere through their devices.

In the same way, it allows us to make changes in real-time to these files. Google Drive is a fantastic tool for students, workgroups, and companies due to its agility and ease of exchange through the network.

Google Docs is the service that Google offers its users to create and edit documents online. It contains the tools for a word processor, presentation editor, spreadsheet maker, etc.

Google Docs is a fantastic alternative to the usual office suites, making great competition against Microsoft, Open Office, etc. With its intuitive design and complete tools, we can enjoy an optimal and free tool.

Google Search Console and Analytics allow us to measure our website’s performance and search traffic, measuring when we have the most influence and giving us clues on how to improve our page.

Google Search Console and Google Analytics are some of the most useful tools of Google for companies. Currently, they are positioned as a fantastic option for anyone who wants to have professional monitoring of their activity on the network.

Google Adwords is a service and program of the Google company used to offer sponsored advertising to potential advertisers. It was created in 2000, and since then, it has been a reference in advertising worldwide.

Sponsored Google Adwords ads to appear on the results page (SERP) alongside natural or organic search results. Up to 4 ads are displayed at the top and up to 3 at the bottom of the page. They differ from organic results because they include “Ad” in green next to the visible URL.

Google created this tool in June 2014, and from this moment on, it is a free option to manage the image we give to the world as entrepreneurs and optimize it as much as possible.

Google My Business provides us with the tools to update our files and interact with customers from our phone, tablet, or computer free.