More
Home BUSINESS The QR Code And Its Usefulness In An Electronic Invoice?
BUSINESSTECHNOLOGY 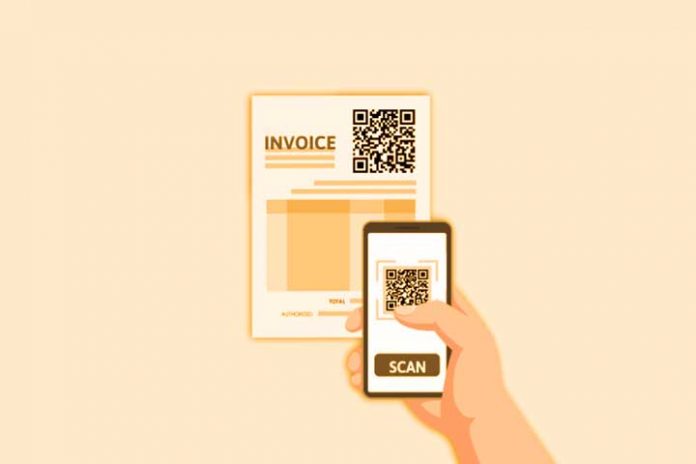 The use of the QR code has gradually become more democratic, to the point of making it essential in our daily lives today. In recent years, its use has also been extended to the context of electronic invoicing in order to facilitate tax audit procedures.

Initially, its use was designed for the automotive industry in order to register spare parts. Subsequently, its use was extended to inventory management in several sectors (logistics, retail, transport). The massive use of mobile applications for reading QR codes has allowed this technology to enter our daily lives by including information related to any type of product or service.

One of the latest derivative uses of these codes concerns tax audit procedures. The desired objective is to avoid fraudulent declarations. Thus, QR codes have gradually been included on invoices or receipts, thanks to specialized software, in order to allow the end consumer to facilitate the procedures for verifying the conformity of the documents received.

Currently, European tax administrations (Portugal, Austria, Germany, Sweden and Poland) have set up or will soon set up this type of system. In Spain, the region of the Basque country will apply these mechanisms compulsorily from 2021. Outside the European Union, other countries such as India, the province of Quebec or countries in the Latin America zone (Colombia, Guatemala , Peru , Bolivia, among others) have also been convinced by the advantages of QR codes.

The use of this technology in the context of invoicing procedures responds to a recommendation from the Organization for Economic Co-operation and Development (OECD), which strongly encourages tax administrations to put in place “effective technological solutions in order to detect and avoid tax evasion and evasion”.

Generally, this process is initiated by the taxpayer company which sends certain data related to the sale transaction to the tax authorities, this same information is also present in the invoice issued. Following this declaration, a QR code is generated and then included in the invoice.

Thus, obtaining the QR code requires prior validation of the invoice by the tax authorities.

Thanks to this code, the end customer can scan and check the validity of the invoice in real time.

Some examples of using the QR code in an invoice

In Spain, some administrations in the north of the country ( Haciendas forales and the autonomous government of the Basque Country) will impose their own system called Ticket Bai-THAI from the year 2021. For each sale operation carried out, an XML-TBAI file will be generated; it must be signed and then sent automatically to the competent tax authorities. The company concerned must generate an invoice containing the TicketBAI identifier and the QR code as well as all the information necessary to verify the conformity of the invoice.

This initiative is similar to a system already in place in Spain called the Suministro Inmediato de la Información (SII), intended for the electronic declaration of VAT books. As part of this obligation, companies are required to electronically declare some of the invoices issued and received within a maximum period of 4 days (simplified invoices and receipts are also affected by this obligation). The SII concerns large companies while the new TBAI system also includes SMEs and the self-employed.

In India, corporate taxpayers issue their invoices and declare them to Invoice Registration Portals (IRP). The IRPs then generate a unique reference number: Invoice Reference Number (IRN) for each invoice, sign them electronically and generate a QR code. The IRPs then send the electronic invoices on the one hand to the GST Network and on the other hand to the recipient of these invoices by means of e-mails.

In Latin America, countries require that the QR code appear on paper invoices, which is the case in particular in Bolivia where this QR code mechanism allows simple access to the portal of the tax agency in order to validate the invoice issued.

In Mexico, printed payment receipts are standardized. Among the various formal requirements, it is required to display a QR code containing certain reference tax information.

In Uruguay, printed electronic invoices must include an electronic stamp represented by a two-way code containing tax information in order to verify the conformity of the invoice.

The main advantage of these verification mechanisms lies in the drastic reduction of tax evasion and evasion.

Working as a freelancer attracts more and more people today. This enthusiasm is certainly explained by the various advantages offered by the fact of...
Read more
BUSINESS

Business support is an assistance service offered to businesses by a consultant or an establishment specializing in the field. This service consists of helping new...
Read more
TECHNOLOGY

SaaS (Software as a Service) is a software service system in the cloud. With this modality, the user accesses applications contracted with a third...
Read more