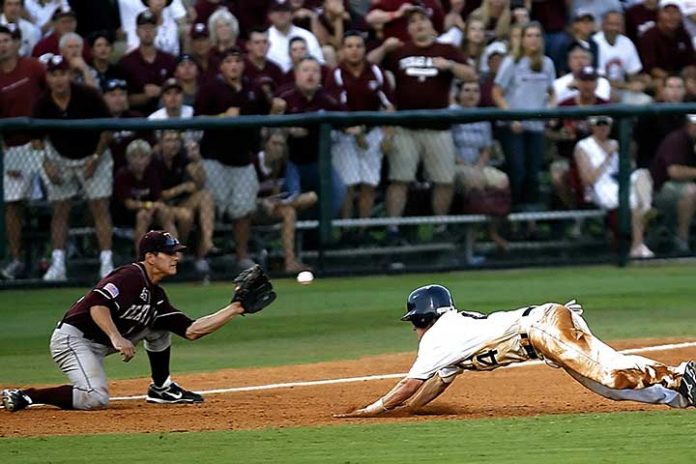 Baseball is one of the oldest sports in the world and has been around for over a century. We’ve seen many events happen over the years, and one of the reasons it has stayed relevant is how easily the sport adapts to changes. Major League Baseball remains a significant part of this movement.

To ensure that fans and players get more from the league, we see more technological advancements in MLB. It is helping players to push themselves to get better, and fans can make better MLB picks with the resources they are presented with. In that case, the sport is increasingly better than before.

With the increasing affiliation with technology, more innovations are coming up, making MLB predictions easier. Also, players can now analyze their in-game performance even before the end of the match. In that case, here are six technologies that are already revolutionizing Major League Baseball.

In the past, players had to practice their swing endlessly to get their form and stats right to improve their performance. Now, players can perfect their game and get better without having to stay on the training ground for too long, thanks to the introduction of the SwingTracker app created by Diamond Kinetics.

With this technology, the players can track and capture data from their swing by attaching the sensor to their baseball bat. So, once they swing, it tracks the motion in real-time, which they can see in the SwingTracker app. So, batters can see their stats and make adjustments when it needs to be done.

We now get real-time data from the pitch with Sportvision’s PitchF/X. It is a pitch-tracking technology that helps to collect data from pitched baseballs. It has been around for some years and has helped improve how stats are done. We can now get all the pertinent and pitch data, including velocity, movement, and spin.

It lets all the parties involved to see all the nuances of the pitch and pitchers. The players and teams see what works and don’t against their opponents. That way, they make improvements to where it is needed. Bettors can also employ it when they want to predict different games or even make World Series predictions.

Seeing your favorite pitcher or batter play would always be exciting. And getting to immerse yourself in the play is something that can’t be measured. However, baseball stadiums are not built for close interactions with fans, taking away some of the immersive experiences fans can get.

Fortunately, we’ve got a technology that can change all of that. Fans now have the chance to enjoy close interaction with the players through virtual reality. With Virtual Reality, fans can see the game like the players on the pitch. So, it would give that first-hand experience and perspective of the game.

Players’ health is essential to performance as it would help the coaches and teams to field the right squad to help them get the needed result. Availability is one of the essential parts of the sport. Players need to keep up with their health and ensure they are performing at the best level.

Fortunately, MLB players can get one of the WHOOP wristbands, helping them track all their vital signs from start to finish of all their daily activities. The band keeps data they can use to improve their routine and make better decisions that keep them healthy and fit throughout the season.

Another technology helping players do better is KinaTrax, a motion capture system that helps to gather biomechanics data from matches. It provides coaching staff and players a chance to see the mechanics of different in-game moves, like hitting and pitching. This would give them a chance for better post-game analysis.

KinaTrax makes it easy for teams to perform post-game analyses and has features that let them formulate better in-game strategies to help them improve their stats and performance. Individual players can also improve their play by seeing how they’ve been moving and performing during matches.

Statcast is a top-notch tracking technology that helps to measure various in-game data and lets individuals and teams do scientific analysis of movement and skills. It allows the analytics team to check out each player, evaluate them based on their performances, and decide who is performing the best and who has been slacking since the start of the season.

Getting the chance to analyze something that wasn’t measurable in the past has truly revolutionized how the game is played. We now have players performing better than what we expected at the start of the season. Therefore, writing a player off might not work because there is a good chance they would see where they are slacking and do better in the next game.