Differences Between 5G And 4G 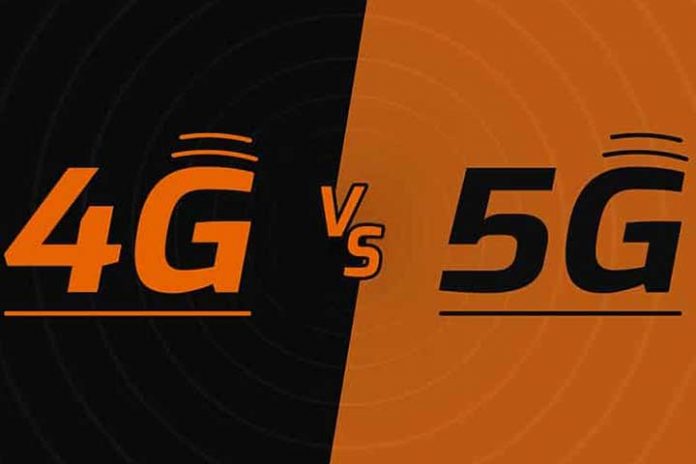 5G and 4G currently represent the highest levels in the evolution of telecommunications technologies. In fact, the accelerated expansion of 5G networks today is as relevant as the validity of 4G. On the one hand, this is justified because the majority of users have not acquired terminals adapted to fifth-generation technology. But, also because 4G is serving as a pivot for the consolidation of 5G, as we will see later.

In this post we will review the main differences between these two types of networks . The intention itself is to identify the advance items rather than demonstrate the obvious superiority between one and the other.

Before 5G and 4G , the first technologies that made the development of mobile communications possible were implemented. Following a timeline, 1G started this series of communication networks in the 80s of the last century. These pioneering networks served as a platform for the first analog mobiles , providing a data transmission speed of 56 kbit per second.

Later, the arrival of 2G in 1990 marked the transition from analog to digital technology. Thanks to this we started to send and receive SMS , despite its modest 114 kbit/s speed. However, we had to wait another decade to have 3G networks , which allowed the exchange of voice and data at 2 Mb/s. That’s why from 2001 we were able to send emails and instant messages and even download applications on our mobiles.

Ten years later, 4G technology finally emerged , making possible the advancement of the current generation of mobile devices. Certainly in the speed aspect it was already interesting: it started with 150 Mb/s in its original version . Currently, in its 4G LTE-A version, it transmits in a range between 300 Mb/s up to 1 Gb/s. But 4G also helped more effectively address a big concern: security . From there the data transmission became more reliable.

Speed: A conditional difference between 5G and 4G

It is evident that the speed factor in telecommunications depends on variables such as the capacity of the network, the geographical area and the number of connected devices. Although 4G LTE-A could ideally reach 1 Gigabyte per second, 5G comfortably reaches it and can even exceed it .

However, some experts say that with fifth generation networks , speeds of up to 10 Gb/s could be obtained. Even without necessarily reaching this level, the difference between 5G and 4G could be abysmal in this regard.

For now, this speed translates into a decrease in website loading times (0.02 seconds compared to 0.9 seconds with 4G). Similarly , downloading files is more efficient, for example a high definition movie is downloaded in just 3.7 seconds. With 4G this same operation would take 200 seconds.

Latency: Less is more in the 5G and 4G comparison

Actually the most interesting difference between 5G and 4G is latency . That is, the time measured in milliseconds that the data takes to load and display on a device. The less time it takes for data to travel from source to destination, the better.

With 4G the average latency is around 100 milliseconds and 20 milliseconds with 4G LTE-A. In principle, 5G is capable of reducing this time to 10 milliseconds, but under ideal conditions it could go down to 1 millisecond . For reference, our brain takes 10 milliseconds to process an image captured by our eyes.

Low latency is critical for objects interconnected via the Internet of Things ( IoT ), specifically for their applications in robotic surgery . It is also essential for the driving of autonomous cars and drones, as well as in the coordinated operation of devices in smart cities . Likewise, in the field of entertainment, the minimum latency of 5G provides speed of response in movements and actions of video game characters.

Another big difference between the two technologies we compared is the number of connected devices they are capable of supporting at the same time. In this particular 4G has allowed a range of up to 2,000 per square kilometer. On the other hand, the estimate for 5G is one million terminals in operation per Km2.

Therefore, said volume of allowed connections is relevant, considering that in 2020 the number of objects connected to the Internet will exceed 50 billion.

Two technologies that complement each other

As we said at the beginning, in the transition towards the consolidation of 5G networks , 4G is acting as a pivot through 4G Evo technology. In short, it is an advanced radio and core standard, based on a solid architecture with a large transport capacity that will provide more power to the network. In other words, 4G Evo and 5G are integrated to provide more speed and capacity with minimum latency , which will allow the application of IoT to increase.