RSS Feeds Integrations. What To Know About It? 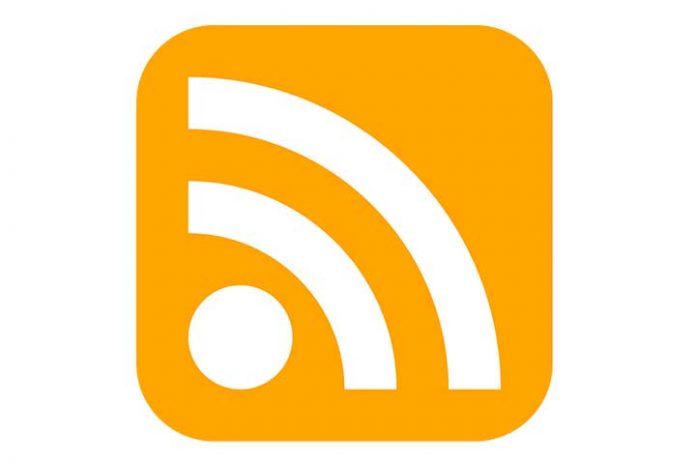 Boost the potential of your RSS feed reader with integrations to different services and apps.

RSS readers are the perfect, low-difficulty productivity tools centered around your online content consumption. Whether you’re neck deep into a major university assignment or brainstorming new marketing strategies with your colleagues, RSS is there to make the workload lighter.

RSS is the shorthand for Really Simple Syndication. It refers to XML files, which can be read by a computer, and update information automatically. Once a new update is marked in the XML file, it’s immediately fetched by an RSS feed reader. The feed reader displays the update in a format that’s easy to read by an end user. An RSS feed shows users the headlines, update notices, links back to articles as well as the full text of the article, which can be read in the RSS feed reader.

RSS feed readers display all updates in order of publication from newest to oldest. Previously, RSS readers only worked for text-based sites like blogs, online magazines and news sites, but now can work for social media, podcasts and YouTube.

Can RSS be integrated with other platforms?

Zapier is perhaps best known for app integration. The platform automates the workflow process via simple commands called Zaps, which operate on a simple if-this-then-that logic. There has to be a trigger (an event happens in one application) and a reaction (an action takes place in another application). Once you set up this chain, which can be as simple or complicated as you want, it’s there until you delete it and don’t have to think about it again.

Zapier works for any occasion. Do you want to share an RSS post on Twitter? Zapier can do that. Create a Google Calendar event? Create an RSS feed of saved Pocket articles? Create an RSS post out of an email in Gmail that matches certain criteria? All of this is possible and you can create a longer chain between your RSS feed reader and multiple other applications just as easily. Zapier is widely available and preferred for its free-to-use, but limited in number, Zaps, but can easily scale up for business operations.

IFTTT is often paired with Zapier when it comes to integration and automation of manual tasks. It is even in the name as IFTTT is short for If This Then That. IFTTT can work just as easily on iOS and Android devices as it does on a browser, which gives users plenty of flexibility to create new and interesting commands. While Zapier has Zaps, IFTTT has applets and users can also browse through catalogs of premade user applets. RSS is one of the popular integrations, so there’s quite a lot to choose from.

IFTTT had made a recent shift from a free service to paid plans. Free accounts are still available, but are restricted to only the use of three applets. For more features, users have to upgrade to the Pro plan. What’s different about IFTTT is that it’s moving away from just mobile apps to the field of Internet of Things. You can plan for applets for Fintech, Smart Home, Energy and Subscription Services.

In an office environment, Google Drive and RSS are useful tools, but you can definitely build up their utility by connecting them. Both Zapier and IFTTT offer quite a few options to achieve this, but you can directly look into RSS feed readers that naturally offer you such an integration. The first reader to come to mind is Inoreader, which gives you plenty of opportunities to save articles that matter to you.

You can directly save articles as Google Docs files, which can be edited as you see fit afterwards and shared to other people. The Google Drive sharing feature appears as an icon on top of articles. Inoreader can even export images as separate files and store it in a folder of your choice.

Evernote (along with other apps like OneNote and Pocket) are essential when you’re collaborating in a team on a project. Sharing information is crucial and one way to make sure that you’re able to do this is to link your RSS feed reader to Evernote. Save the most important articles to Evernote so they don’t get lost in the shuffle, which can then be shared to your colleagues. In Inoreader, you can do this with a click of a button in the sharing section.

Otherwise you can use Zapier and IFTTT to get the job done. Save articles to your Evernote every time you start an article. This is an easy way to back up important articles for later use without the need to manually go through the motions.

Integrating your RSS reader with other applications is not as difficult as you might think. Inoreader already has built-in support for Google Drive and Evernote along with other services like OneNote, Instapaper, Pocket and Dropbox. You can link your Inoreader account with your other accounts in seconds by clicking a button in the preference section. It’s that easy. Other RSS readers might not have the same support, but they can also be easily connected through Zapier and IFTTT.

Zapier doesn’t require you to have any coding to create a chain of triggers and responses between RSS and other applications. You just follow the individual steps presented to you by Zapier. The form is intuitive to use and you also have plenty of already created Zaps at your disposal. Every Zap created by a user is stored in a large library available to you. Zapier can work with over 1200 applications and services. Be as creative as you want with Zapier.

IFTTT operates in a similar way. You create ‘if / then’ events in the form of applets and there’s no prior experience with coding needed. The simplicity and intuitive nature of the service gives you ample opportunities to link RSS with Tumblr, Trello, Pinterest, Twitter, Instapaper and Calendar. All done within minutes.