Biometric Passport – What Is It And Its Advantages 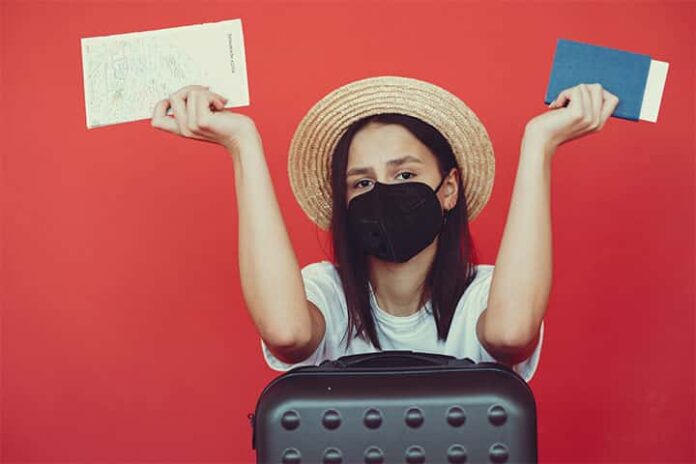 What Is A Biometric Passport?

The concept of biometrics sounds very current to us, like today’s technology, however, it has been in use for a long time; For example, the fingerprint sensor that we now use to unlock our smartphone or to sign in at work is a type of biometric recognition, which uses the fingerprint to recognize our identity.

So when we talk about a biometric passport, we are not talking about something that has just arrived and started to be used, quite the contrary, in Spain the biometric passport has been issued since 2007, so if you have obtained your passport between that year and 2020, it is most likely an electronic passport (as this type of document is also called).

And what is the biometric passport? What differentiates it from the traditional passport? Basically, they contain a chip that stores all the personal information about the person who owns the passport; Specifically, it contains the photograph of the face, the fingerprints, and the data contained in the OCR code of the DNI (the final two lines that appear on it), as well as the type and number of passport, the full name, gender, and a control number.

What Is It For?

Apart from identifying its bearer and being able to travel through a series of countries without having to obtain a visa, the biometric passport serves to avoid fraud, such as skimming, a technique that allows the information of this type of document to be cloned and used for purposes illegal. The chip that incorporates the biometric passport contains a code that certifies the authenticity of the document and that it is not a forgery.

This is also possible thanks to the fact that the fingerprints are stored in a government digital service, through a public key system, so that in the case of a cloned passport and chip, it could be known what is false, since the fingerprints that listed in that passport have not been registered in said storage by an official of the administration.

How Do I Know If The Passport I Have Is Biometric?

Knowing if the passport we have is biometric is something that we can see with the naked eye, because these passports have an icon that clearly identifies them and that you can see highlighted in the image:

Security Standards In The EU For Biometric Passports

Although it is not yet used throughout the world, we can say that the biometric passport is already international, since it is used in different countries, including countries within the Schengen area, the United States, and several Latin American countries. Proof that biometrics applied to security and border control continues to advance in its development, such as the use of facial recognition.

But going back to what concerns us more closely, there are some security standards that must be applied to biometric passports; These standards must ensure and guarantee the integrity, authenticity, and confidentiality of the data stored digitally on the chip.

Summarizing the most important aspects of the document that we have linked in the lines above, biometric passports must include a high-security storage medium (the chip that we have already mentioned), which will be used to memorize digital data. This chip will also contain a frontal facial image and two fingerprints taken by flat pressure (right and left indexes). This data will be recorded in interoperable formats and must be protected.

Likewise, States shall designate in their national legislation the authorities and bodies authorized to have access to the data contained in biometric passports. Each country will designate a body responsible for the manufacture of passports and travel documents.

Finally, the minimum security standards that these passports must meet are not secret (since they are published in the document that we have linked above), but the complementary specifications that the Commission decides to make can remain secret to avoid the risk of fakes. These supplemental specifications are in accordance with international standards and relate to additional security measures, storage media and its security, and common image and fingerprint quality requirements.

Likewise, the biometric passport must contemplate the biometric data protection law regarding who and how the data contained in it can be accessed and how said information is stored and protected.

Also Read: Touch Screens For Your Business. Which One Do You Prefer?

Facebook
Twitter
Pinterest
WhatsApp
Previous articleDigital Marketing: What Is Local SEO In A Nutshell?
Next articleHow Important Is A ‘Logo’ For The Success Of The Company